If you were building an electrical grid from scratch (with no regard to regulations or finance), then long-duration energy storage would be requisite. It just makes sense — store energy when it’s cheap and/or abundant, and discharge when the price is high, or the energy is needed by the grid. Use it to load-shift, peak-shift, and smooth; to replace fossil-fuel-fired peaker plants, and to integrate intermittent renewable resources onto the grid.

Long-duration storage fits in with what utilities, independent system operators (ISOs), and regional transmission operators (RTOs) understand. “Most utilities seem to want much longer-duration storage systems, with 6 to 12 hours discharge, to do serious load-shaping over the day,” suggests an analyst at a U.S. energy think tank. Some of these expectations are being driven by the performance of pumped hydro, once the only source of grid-connected storage.

Surely, balancing a photovoltaic- and wind-heavy U.S. grid, while retiring fossil-fueled generators, is going to require long-duration energy storage to deliver power when it’s needed and to absorb curtailed power when it’s not.

Residential solar installers such as Sunrun have revealed solar-plus-storage attachment rates of up to 15% nationwide and up to 60% in the San Francisco Bay area. Utility-scale developers such as 8minute Solar Energy are coupling energy storage with PV on most, if not all, of their large solar projects.

Today’s energy storage market is absolutely dominated by lithium-ion batteries, but a host of new energy storage technologies are being brought to market — offering longer durations and potential improvements in project economics and functionality. 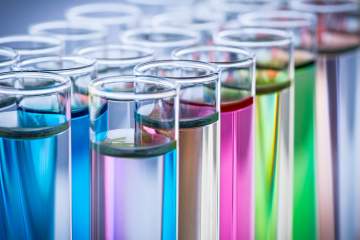 Flow batteries circulate a liquid electrolyte through stacks of electrochemical cells and have long held the promise of 10-hour durations, tens of thousands of cycles, minimal degradation, and no limitations on the depth of discharge.

This performance promise has lured venture capital investment and R&D — but so far, the investments have yielded few commercial, competitive flow battery products.

Flow battery firms such as Primus, Invinity, Sumitomo, UET, ESS, and ViZn use a variety of different electrolytes and materials ranging from vanadium to zinc to iron. Installations are increasing but megawatts deployed are tiny compared to lithium-ion.

Form Energy, a secretive startup thought to be developing a flow-battery variant and backed by Bill Gates’ Breakthrough Energy Ventures, has raised over $50 million in funding. Form’s first commercial project is a 1-MW, grid-connected storage system with Minnesota-based utility Great River Energy capable of delivering its rated power continuously for 150 hours, a real achievement if it can be commercialized.

Grid-scale energy storage was rarely deployed by utilities until it was required by regulators – now it’s rampant in utility RFIs, RFPs, and project awards. Recently, a federal appeals court in Washington D.C. upheld the Federal Energy Regulatory Commission’s Order 841 — maintaining that FERC has control over energy storage in its regulated interstate markets and energy storage connected at the distribution level must have the option to address wholesale markets.

Storage and long-duration storage technologies are here today – but regulators and utility commissions at the federal and state level are still adjusting.

William Conlon, president of thermal storage startup, Pintail Power offers an example: Long-duration storage technology in California is locked out because of the nature of California’s resource adequacy (RA) requirements. “Four hours is what California wants for RA. If you provide eight hours you only get paid for four hours. We’re at four hours today because that’s what you get paid for.”