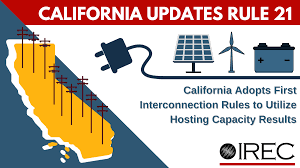 California has long been held up as a gold standard for the US in adopting renewable energy, especially solar PV, and high-tech solutions to climate crisis questions, including, of course, battery storage: both distributed and utility-scale.

However, energy system planning has not moved on as rapidly, arguably not since the Enron scandal at the beginning of the millennium saw the state plunged into a chaotic patchwork of blackouts.

The latest rolling blackouts to hit California happened just a few weeks ago in August and wildfires, exacerbated by rising global temperatures, have caused power companies to shut off electricity to areas where transmission and distribution lines might spark worse conflagrations in at-risk communities.

Unlike the knee-jerk ‘analysis’ from armchair commentators blaming the situation on the growth of renewable energy – many of who seemed more opposed to Governor Gavin Newsom on a political basis or the reality of the climate crisis than any aspect of energy system planning itself – the report appeared to agree with what many in the solar and storage industries are saying: renewables and energy storage can help solve many of the state’s problems going forwards.

While redesigning the energy system will take some time – including overhauling Resource Adequacy rules that the three authorities said have not really changed since 2004, in the past couple of weeks alone, Energy-Storage.news has become aware of numerous initiatives and projects, both publicly and privately-driven, that are seeking to modernize, add resilience to and lower the emissions of the California grid. Here are a few of those recent examples:

The national organization Interstate Renewable Energy Council (IREC) welcomed the late September decision by the CPUC to revise Rule 21, which governs how distributed energy resources including solar and energy storage, can be interconnected to the California grid.

The rule changes could be a model that regulators in other states could look to as they strive to enable more renewable energy on their own grids, IREC said. While the changes encompass “many issues,” an IREC statement sent to Energy-Storage.news pointed out three particularly noteworthy aspects:

1. Data on actual grid conditions at the locations of projects requesting to interconnect should be incorporated into planning. This is called Integration Capacity Analysis (ICA) by the CPUC.

2. Developers could be given the option to propose operating schedules based on those grid conditions.

Sky Stanfield, a partner at law firm Shute, Mihaly and Weinberger, who represents IREC in regulatory proceedings, said that ICA is a “revolutionary leap forward in grid transparency, in terms of providing customers, developers, and regulators with truly useful, accessible and in-depth distribution grid information”.

Its inclusion in the interconnection process is a “key milestone that has the potential to reduce the guessing game in selecting interconnection locations and to vastly improve the process for clean energy customers and developers,” Stanfield said.

Diversifying asset base with long-duration storage

Vanadium flow battery manufacturer and system integrator Invinity Energy Systems emailed Energy-Storage.news last week to say that it has been awarded funding for four projects in California from the California Energy Commission.

The CEC decided earlier this year to assess long-duration energy storage options available and where possible support their scaling-up and commercialization. Various analyses have shown that for the state to reach its 100% renewable energy by 2040 goals, around 1GW of long-duration energy storage will be needed, alongside many more gigawatts of 1-4 hour lithium battery storage.

This assessment is in addition to another CEC grant funding opportunity, “Developing non-Lithium Ion Energy Storage Technologies to Support California’s Clean Energy Goals,” through which the Commission had awarded around US$11 million by mid-August with zinc battery providers among the winners there.

While we will wait and see which other long-duration providers and technologies are chosen in the US$20 million long-duration opportunities, CEC has already, from 23 proposals, selected eight for funding, including the four from Invinity.

A total of 7.8MWh of vanadium flow battery capacity will be deployed, with each site expected to provide between 8-10 hours of storage from systems that have an expected 20-30 year lifetime long enough to match the working lives of the wind and solar generating assets that they will be paired with. Invinity claims this ability to store and discharge over many hours of the day for decades, promises better economics than lithium-ion batteries – if the batteries are being used for energy-shifting applications.

Both Energy-Storage.news and our sister site PV Tech has reported recently on the increasing number of Community Choice Aggregators (CCAs) in the US selecting solar-plus-storage options for the customer-members.

CCAs exist in a handful of US states, offering people and businesses within the service areas of big investor-owned utilities (IOUs) the opportunity to pick and choose where their power comes from, while still benefiting from the transmission and distribution (T&D) infrastructure the IOUs have in place.

At the beginning of October, another two CCAs, Redwood Coast Energy Authority and Valley Clean Energy signed two Resource Adequacy agreements with Ormat Technologies, a provider of geothermal power and renewables developer, which has been keen to make inroads into energy storage – identifying its vital role in the energy transition as well as its strong growth potential as a market.

Ormat recently acquired the 20MW / 80MWh Pomona energy storage facility in California and is developing another, Vallecito (10MW / 40MWh). It is also developing the 5MW / 20MWh Tierra Buena project in California’s Sutter County and the two CCAs will each take 50% (2.5MW) of Resource Adequacy each from that project when completed.

What’s particularly interesting about the CCA deals is that they can help contribute to the Resource Adequacy situation in California: four-hour lithium-ion battery storage systems are helping make the output of solar farms dispatchable to the grid at times when the energy is most needed. While the state will need longer duration storage as well to meet the evening and night-time peaks, these solar-plus-storage sites are contributing towards California’s mandate to add 3.3GW of Resource Adequacy to the grid by 2023.

In the next installment of this blog focusing on California, we will look at topics including behind-the-meter solar-plus-storage options, microgrids, hydrogen, and the role of artificial intelligence.